The play consists of thirteen characters, namely – Othello, Iago, Desdemona, Cassio, Emilia, Brabantio, Roderigo, Bianca, Duke, Montano, Lodovico, Gratiano, and a Clown. In addition there are attendants, gentlemen, messengers, sailors, and soldiers as well as offstage characters such as the captain, Desdemona’s mother and her maid Barbara.

The following chart summarizes the contributions made by each character to the drama, and how often they appear in scenes.

Check the following character map of “Othello” to understand the key relationships and actions which prevail in the plot. 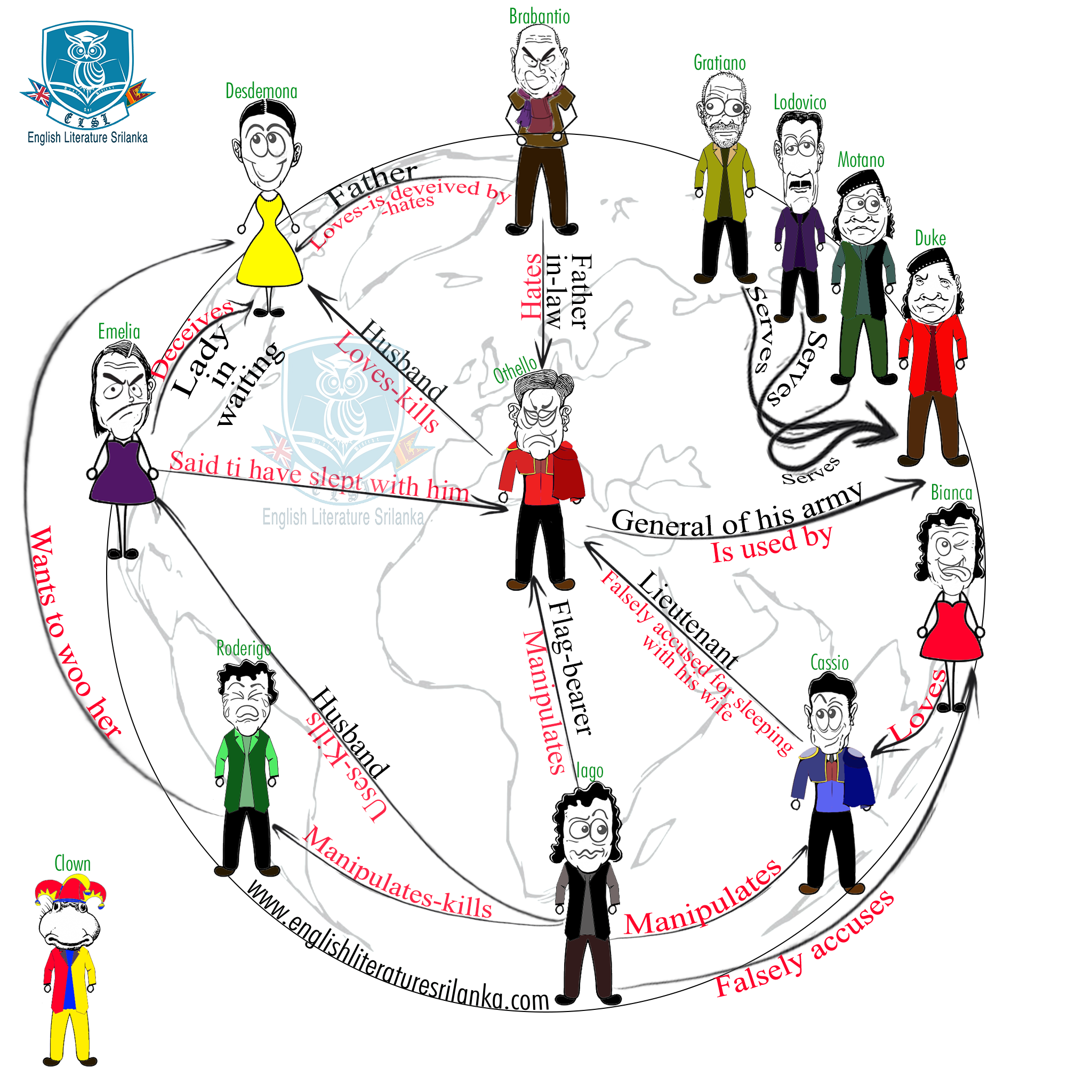 Before going for an in-depth analysis, check the following mugshots of the twelve onstage characters and the key decisions they make throughout the storyline. 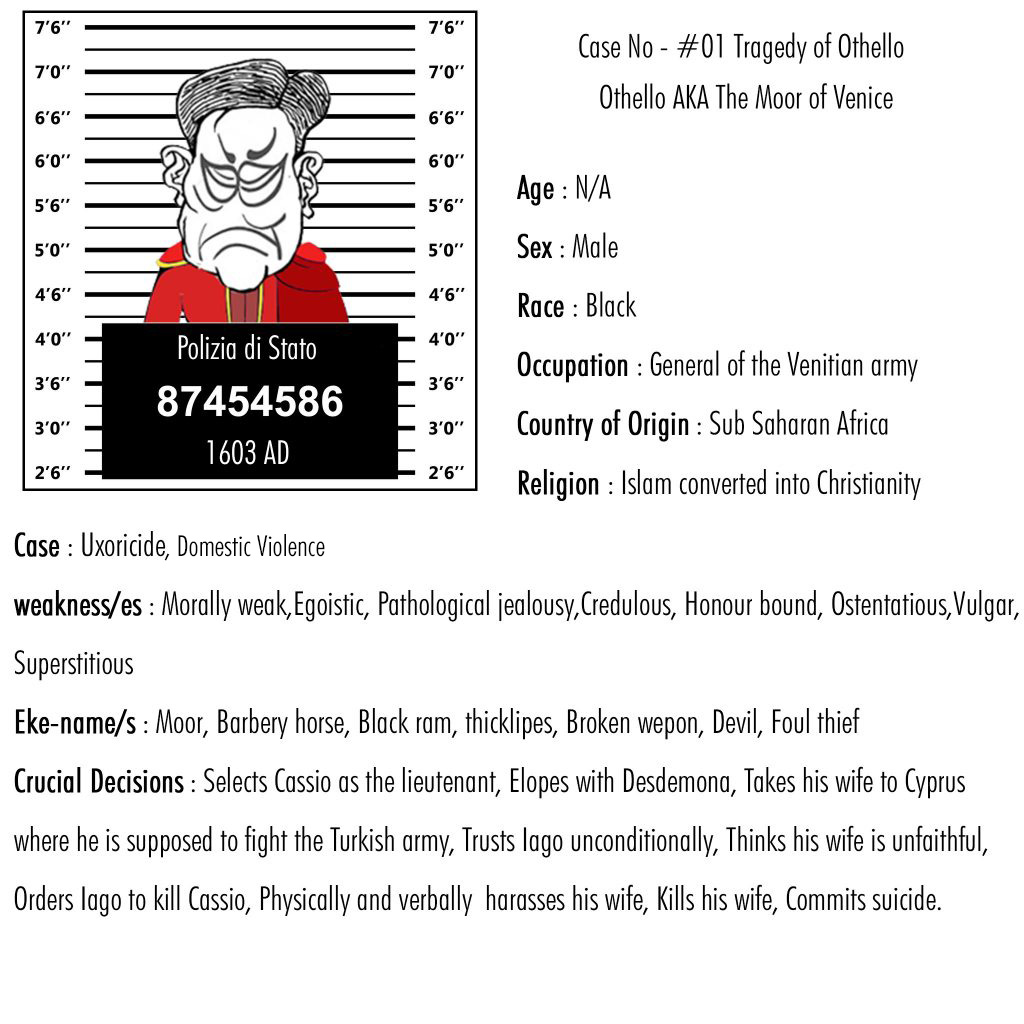 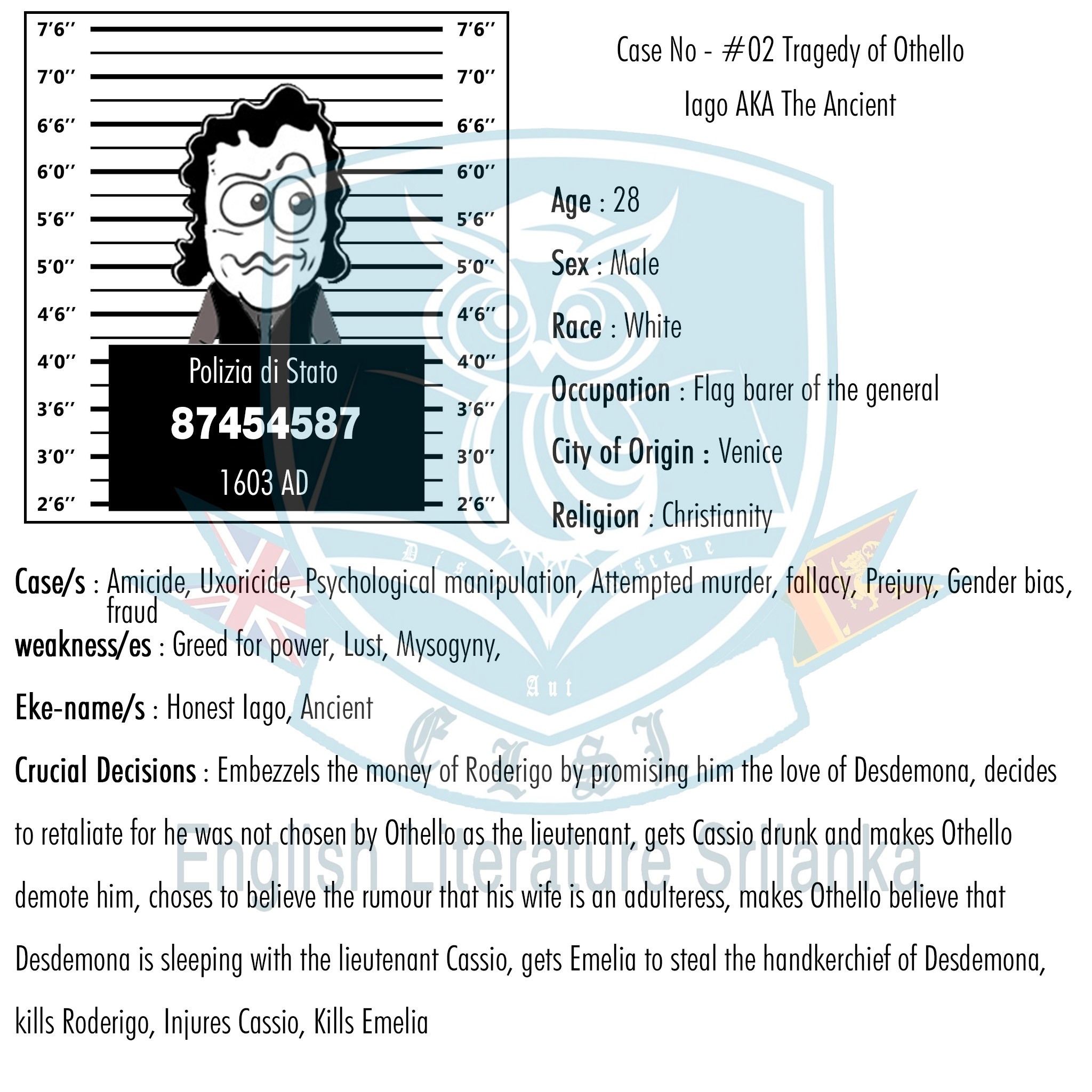 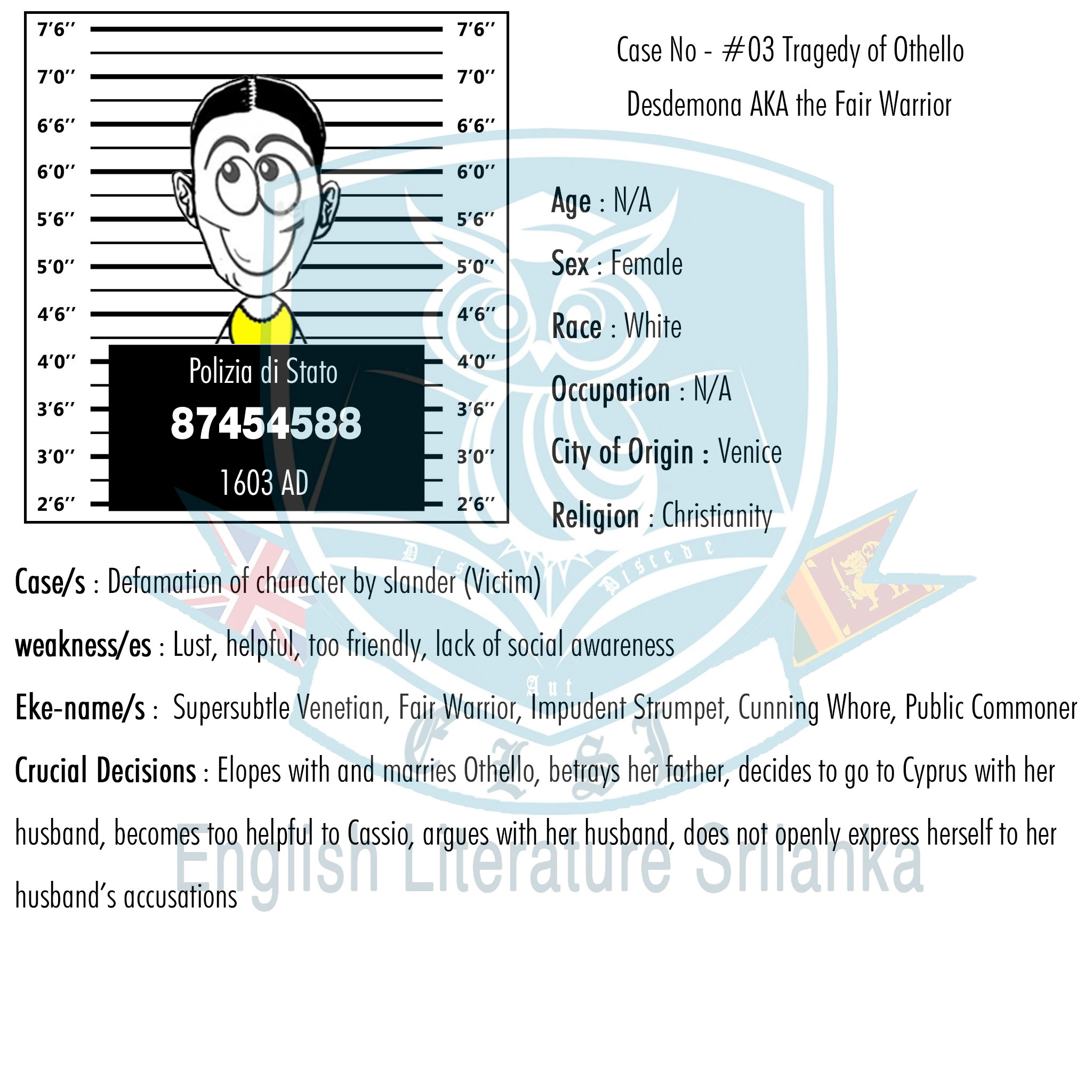 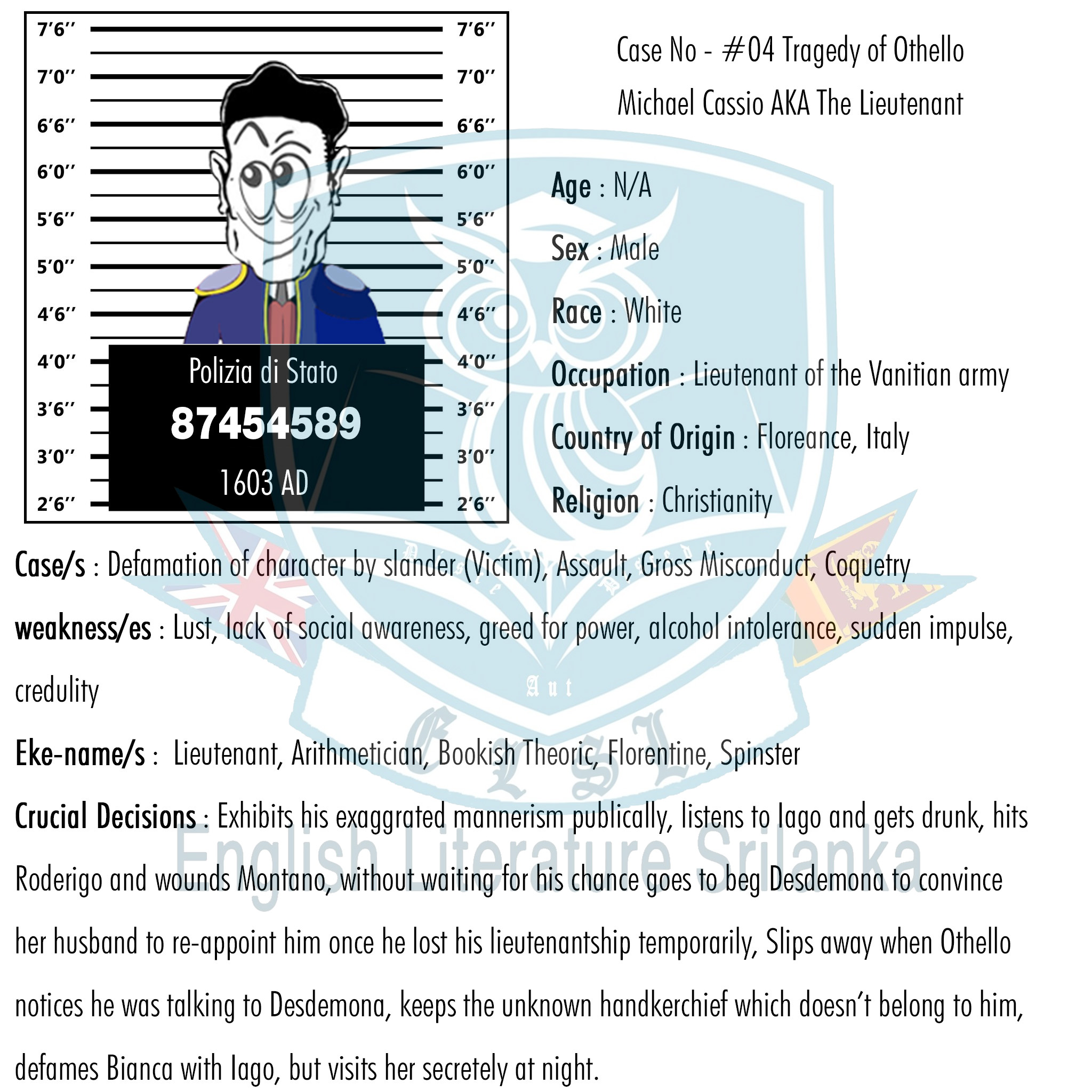 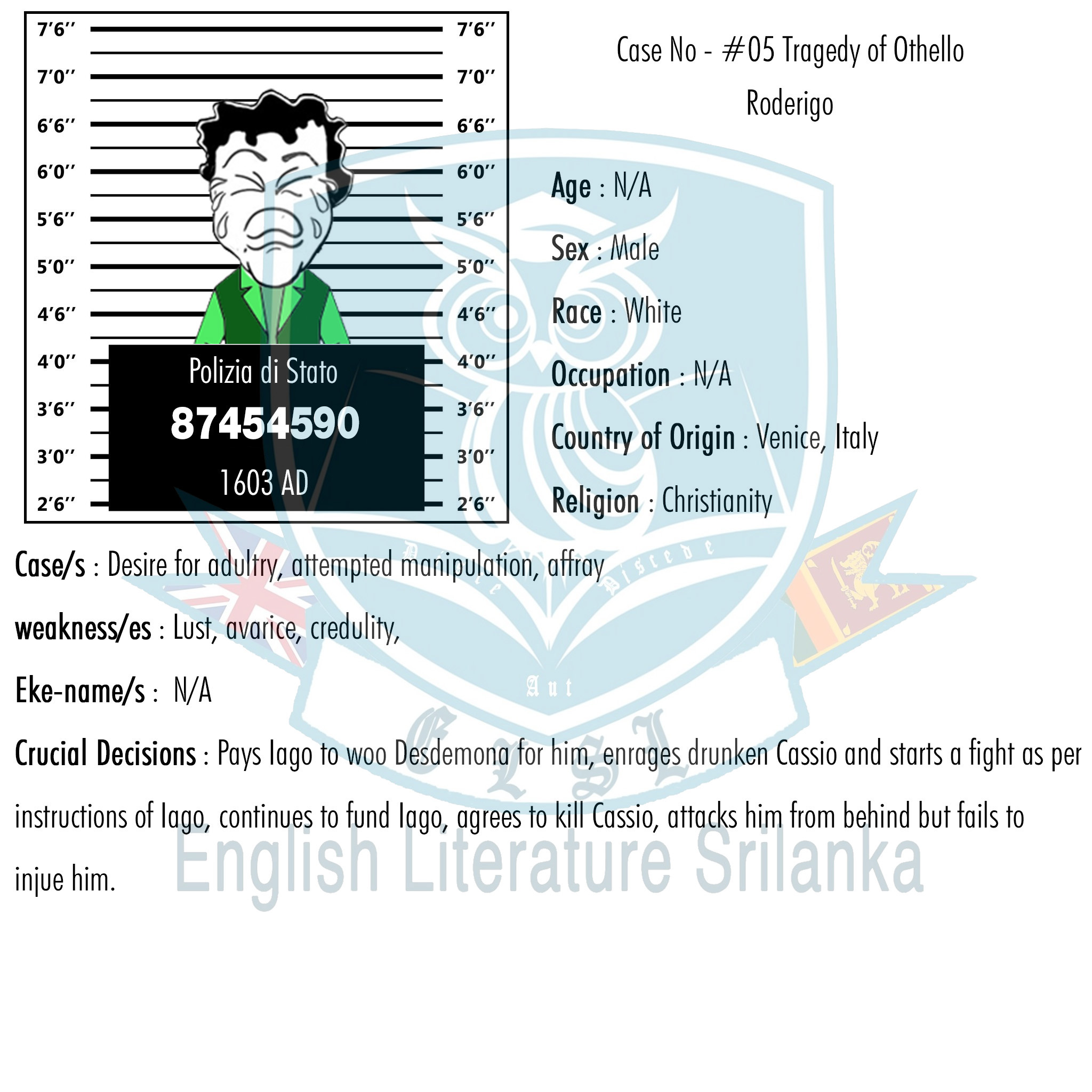 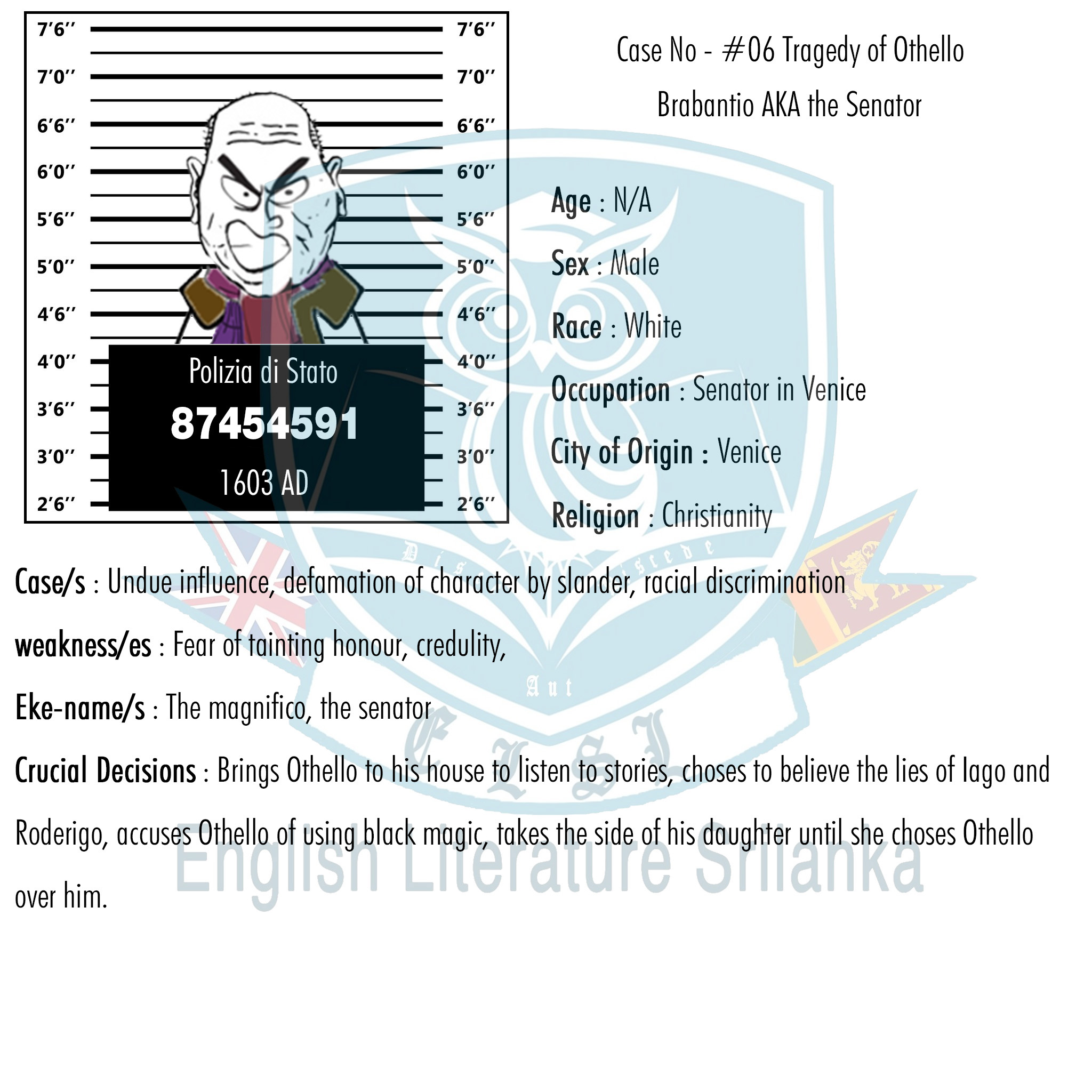 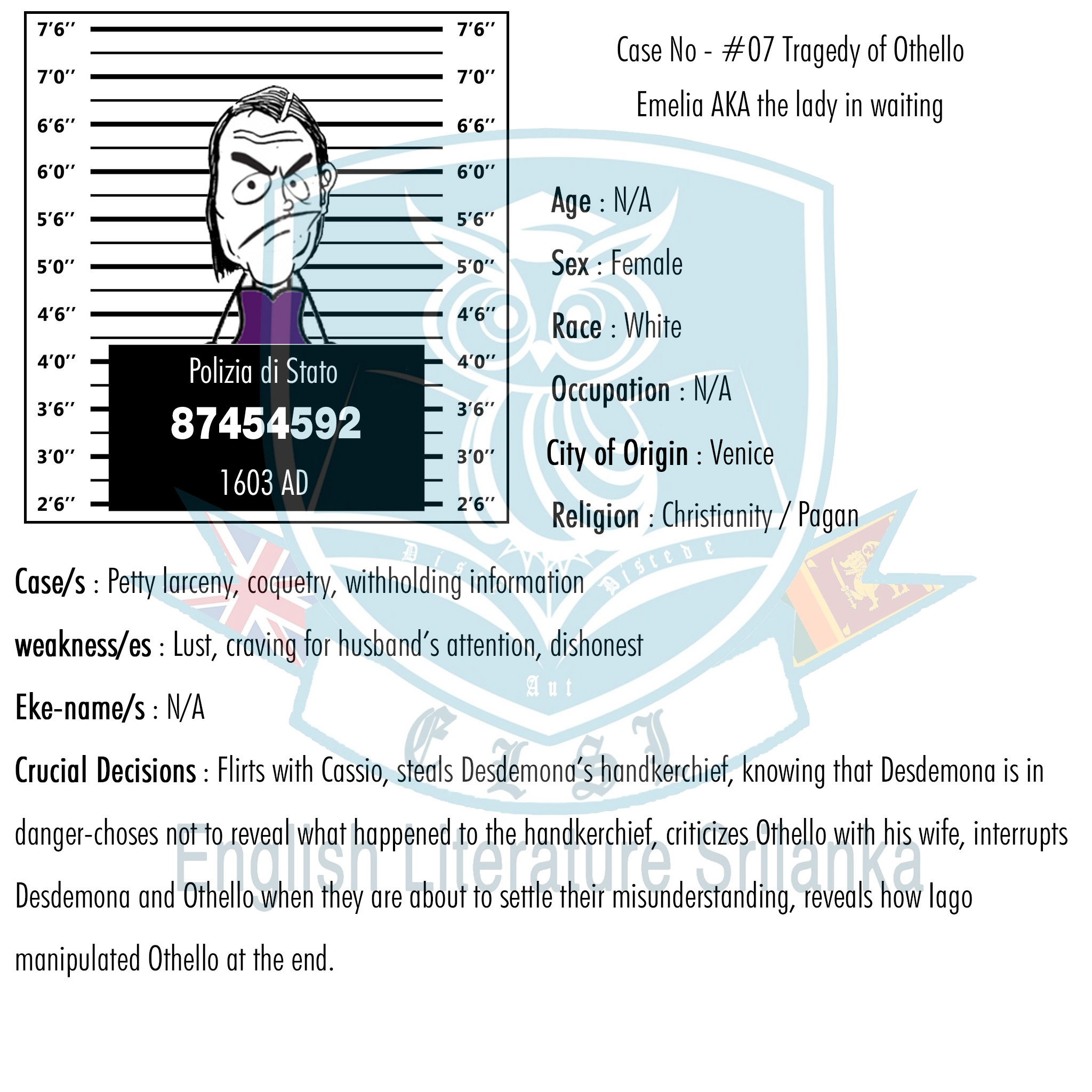 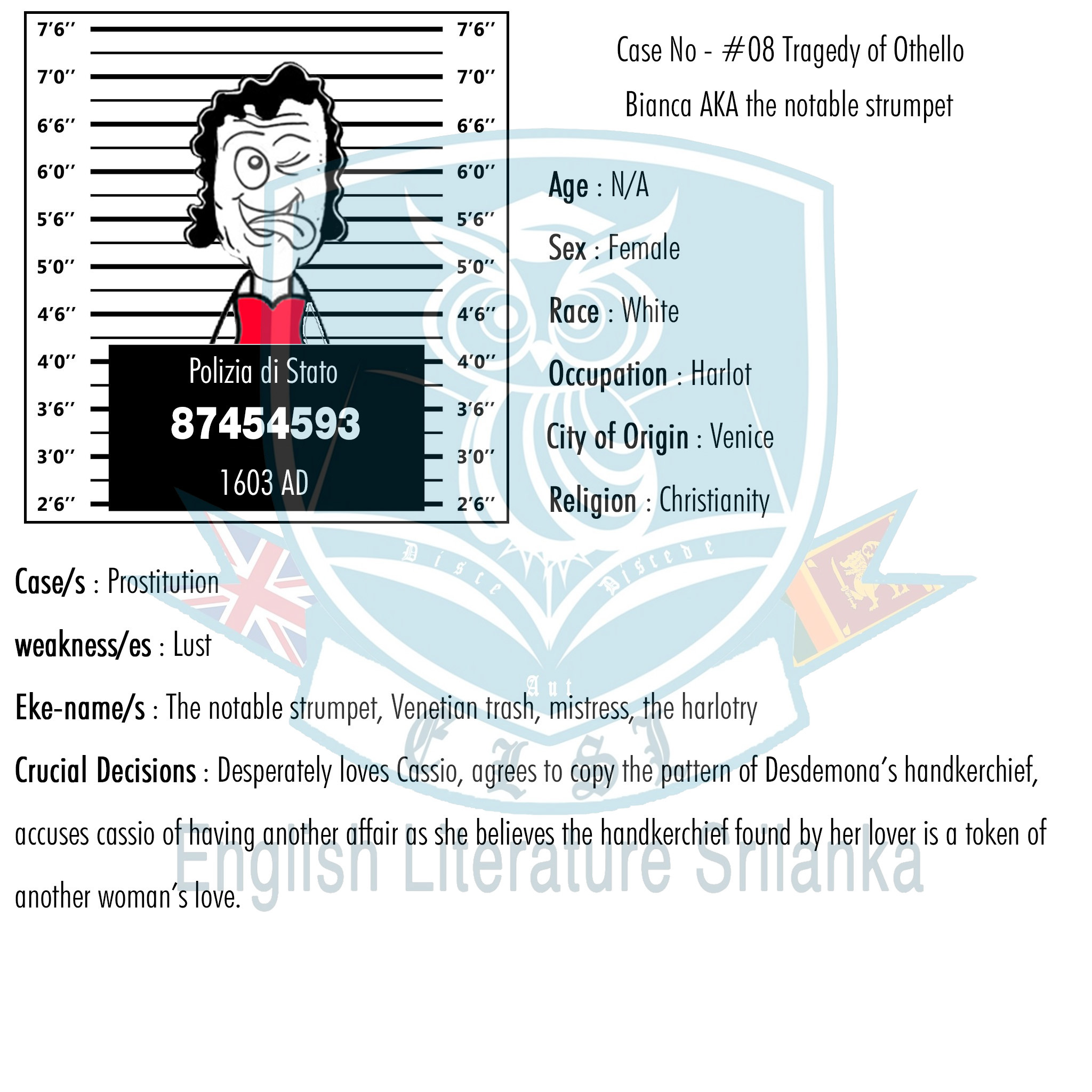 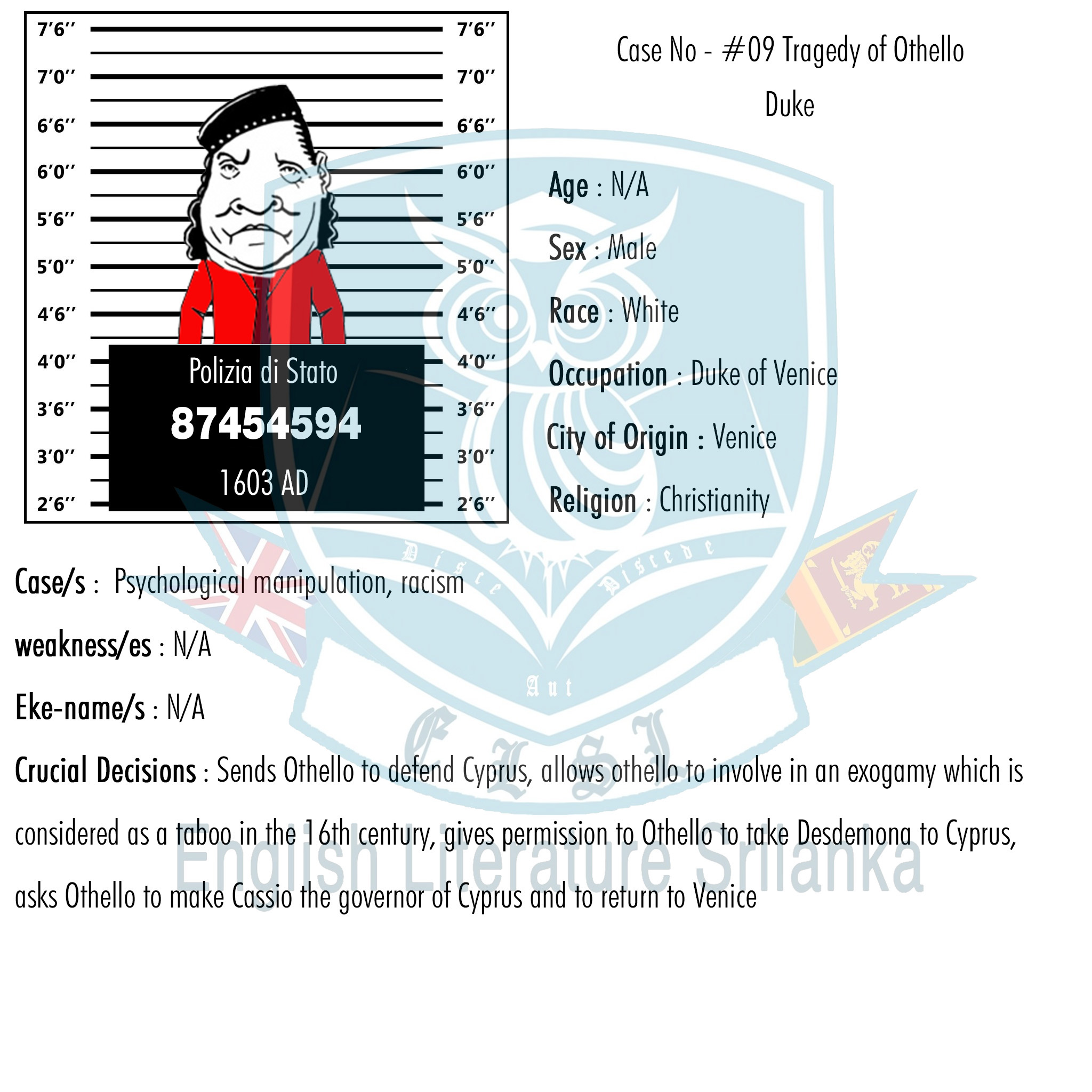 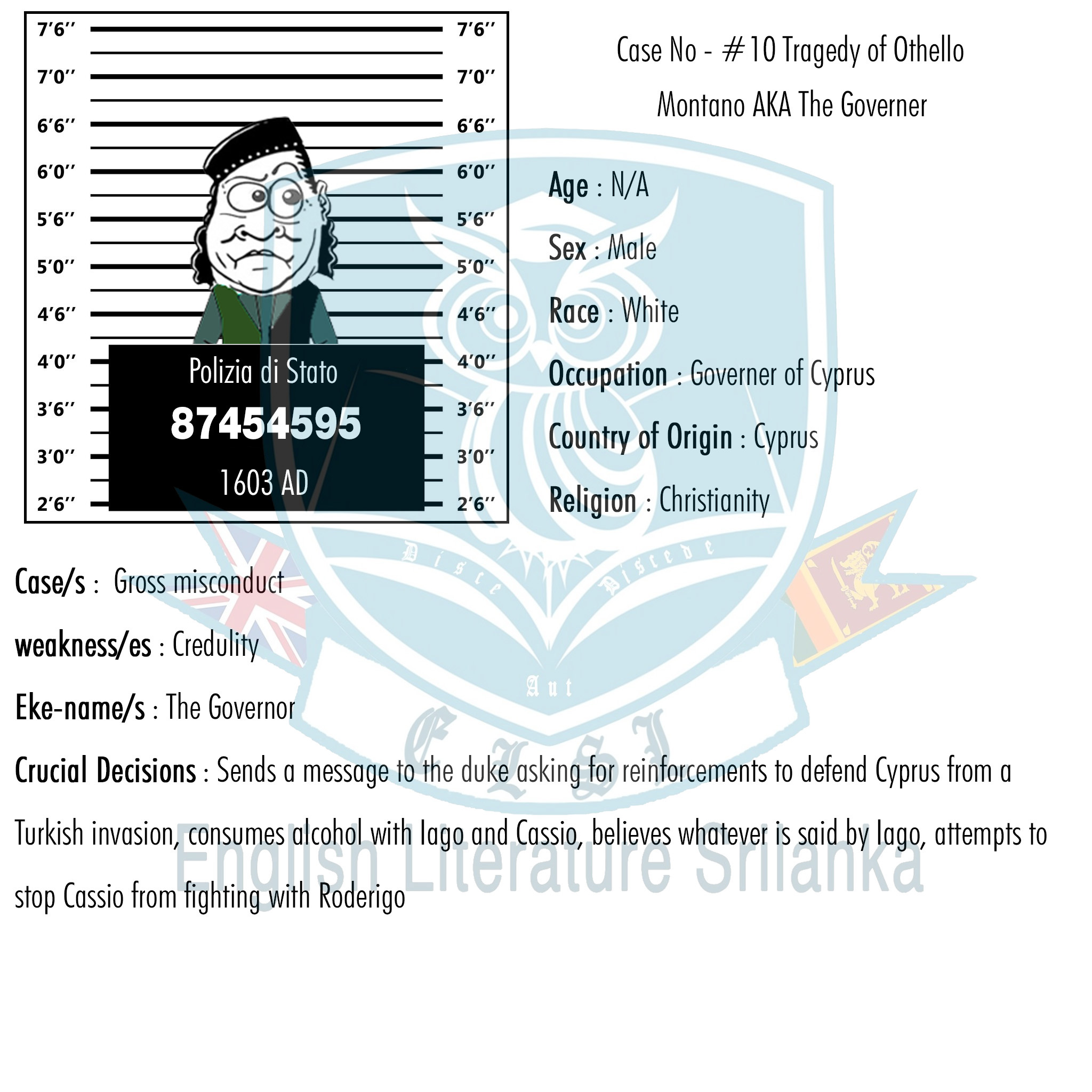 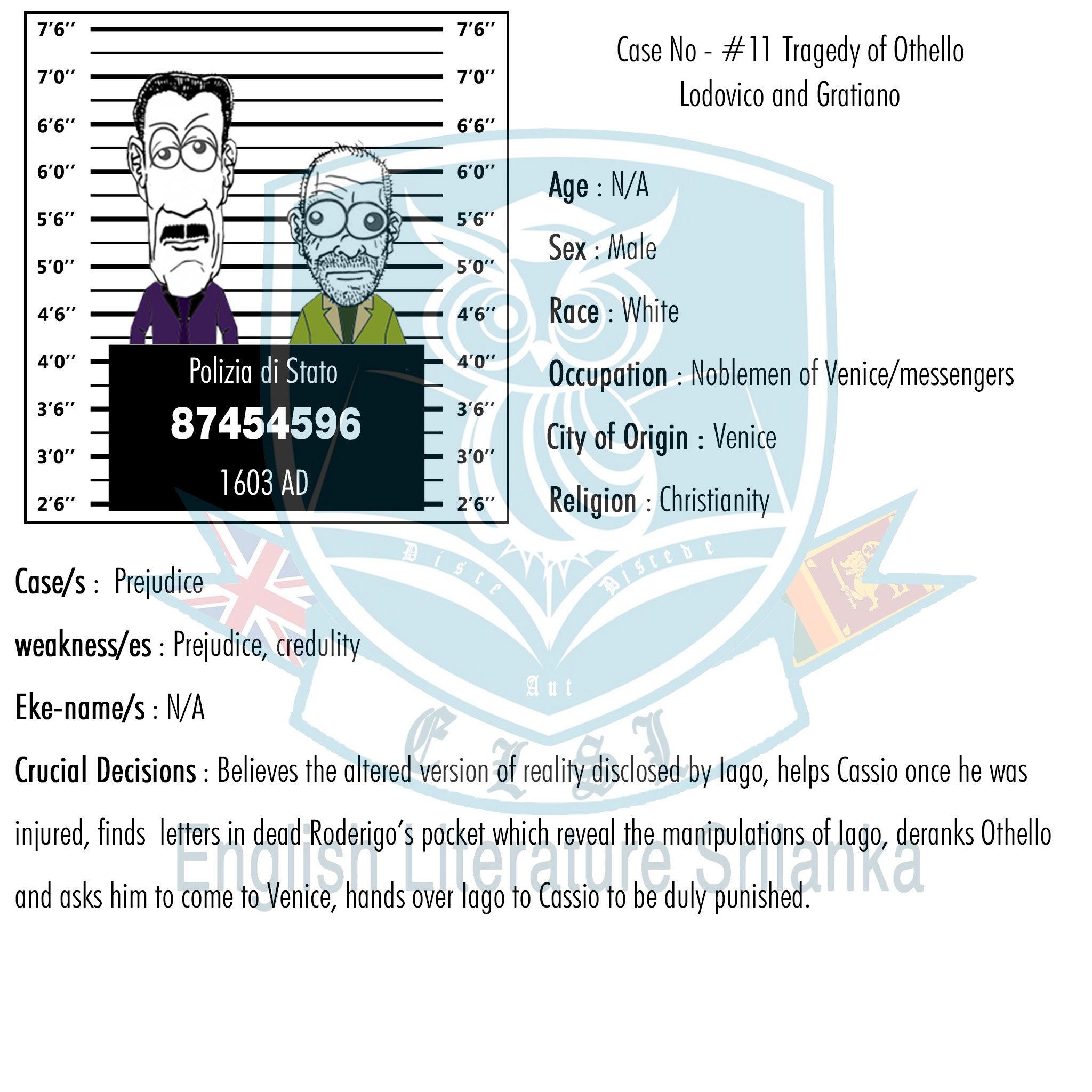 Othello
Cinthio and Shakespeare
Novels/Short stories/Poems
We use cookies on our website to give you the most relevant experience by remembering your preferences and repeat visits. By clicking “Accept All”, you consent to the use of ALL the cookies. However, you may visit "Cookie Settings" to provide a controlled consent.
Cookie SettingsAccept All
Manage consent