Analysis of the poem "To the Evening Star" by William Blake

To the Evening Star

Thou fair-hair’d angel of the evening,
Now, whilst the sun rests on the mountains, light
Thy bright torch of love; thy radiant crown
Put on, and smile upon our evening bed!
Smile on our loves, and while thou drawest the
Blue curtains of the sky, scatter thy silver dew
On every flower that shuts its sweet eyes
In timely sleep. Let thy west wind sleep on
The lake; speak silence with thy glimmering eyes,
And wash the dusk with silver. Soon, full soon,
Dost thou withdraw; then the wolf rages wide,
And then the lion glares through the dun forest:
The fleeces of our flock are cover’d with
Thy sacred dew: protect them with thin influence!

Before the analysis of the poem it is important to have some brief understanding about the 18th century, and the styles of the poets who lived at that time in simple and understandable terms.

18th century can be introduced as a time period which brought light to the country’s economy but darkness to its human values. At the height of the industrialization, the society was in a rat race to earn money and to climb up the social ladder. Corruption, high mortality rate, economic imbalance, prostitution, and pollution were some of the many problems faced by the British during this time. As a result of that, some artists started focusing their main concern around nature in order to escape the reality. Do you remember the time you plugged in the headphones or occupied in some other distracting activity as a means of escaping from your mother’s nonstop blaming? William Wordsworth, John Keats, Emily Dickinson, and Samuel Taylor Coleridge can be introduced as few of such escapists who attempted to escape the reality by focusing on nature, transcendence, and sublime rather than focusing on the actual problems which prevailed in the society. Such artists were later called as romantics.

William Wordsworth, John Keats, and William Blake are three types of romantic era poets with identical characteristics. Wordsworth is the one with extreme hyperboles, such as “ten thousand saw I at a glance” (Daffodils), Keats is partially similar to Wordsworth, but he makes sure he comes back to reality in the conclusion of his poems. “Green rushes like our rivers, and dost taste” (To the Nile), and both are major escapists who fundamentally focused on nature. Blake on the other hand is a non-escapist, whose main concerns were socio-political corruption, manipulations of religion, and death. “And blights with plagues the Marriage hearse” (London).

Before you start learning this poem it’s better to be aware of the following widely spread misunderstandings.

*In many instances you will be taught that this is a sonnet, or an ode. “To the evening star” is neither a standalone ode nor a traditional sonnet. It is simply a poem which contains the characteristics of both of a sonnet (14 lines but no rhyming scheme or meter) and an ode (dedicated appreciation of a personified inanimate object, but no stanza form or accepted length) [To learn more on sonnets and odes, please read the article on Literary Devices]

*The main focus of the poem is not elaborating the beauty of the nature. As you have learnt in this article, Blake is not usually a fan of escapism.

*Even though the poem is listed under the theme of nature, it doesn’t act as an appreciation of nature. The poet rather uses the elements of nature to draft a complex criticism on the human world, its need for protection, and the pathos which surrounds it.

To the evening star

Thou fair-haired angel of the evening,

Now, whilst the sun rests on the mountains, light

Thy bright torch of love; thy radiant crown

Put on, and smile upon our evening bed!

Smile on our loves, and while thou drawest the

Blue curtains of the sky, scatter thy silver dew

On every flower that shuts its sweet eyes

In timely sleep. Let thy west wind sleep on

The lake; speak silence with thy glimmering eyes,

And wash the dusk with silver. Soon, full soon,

Dost thou withdraw; then the wolf rages wide,
And the lion glares through the dun forest.

The fleeces of our flocks are covered with
Thy sacred dew; protect with them with thine influence.

Man and the natural world 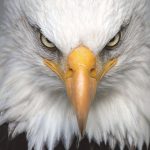 The Eagle by Alfred, Lord Tennyson. The things your teacher doesn’t teach 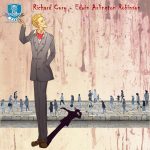 Richard Cory is the brother who stole the lover of Edward Arlington Robinson? 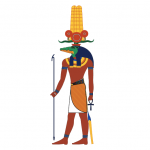 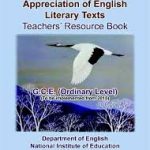